Future of the Music Industry Part 2: Collaborations Not Competition

Future of the Music Industry Part 2: Collaborations Not Competition 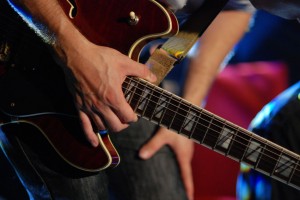 I wanted to dig in a little deeper about a blog I wrote a couple weeks ago about the Future of the Music Industry. Remember the acronym T.E.A.M from your high school sports? Together everyone achieves more. We all give lip service to it, but at the end of the day, it seems most people think that if someone else succeeds, then there is less success to go around for themselves. I’ve actually found the reverse to be true. JFK had it right: a rising tide lifts all boats.

Way back in 1991, Nirvana was just a small-time band from Aberdeen, Washington, getting ready to emerge onto the national scene. They had been around since 1988 under various names and drummer lineups, and after working very hard and touring for years with modest results, the band finally released their breakthrough album, Nevermind. At one point they were selling 400,000 albums a week!

Do you remember what happened shortly after that?

Artists Nirvana knew and respected all of a sudden started seeing huge success as well. Bands like Soundgarden, Alice In Chains and Pearl Jam were witnessing huge rises in their own record sales. They paved the way for bands like Smashing Pumpkins, Weezer and Green Day.

Success follows success. So why not start working to build a community of local bands? With bands working together, you can actually:

A word of caution is warranted here. One of the biggest reasons for failure is ego.Take it out of the equation. Too many bands and relationships have been torn apart due to the simple fact that someone’s ego got in the way. Focus on what you want to achieve, not who gets the credit. I would rather be successful than right.

About the Author: Cary

Cary Crichlow is the Senior Producer and Engineer at RCR Recording Studios. He has been writing and performing music for nearly 20 years and producing and engineering for 7. His works spans dozens of genres, having worked with hundreds artists including Winslow, Tropidelic, Carlos Jones, Pierre Stone, Underpaid Packy, Chris Welker and Falling Into Fire. Cary plays several instruments including Guitar (electric and acoustic), Bass, Drums, Piano/Keyboard, Trumpet, Sax and Violin.